IQAir is Switzerland-based air purifiers manufacturer that was established back in 1963. It is well known both in Europe and the US for their quality-made air cleaners filters and appliances for air measurement.

Today IQAir have several air purifying models on the US market: IQAir HealthPro Plus, IQAir HealthPro Compact, IQAir GC MultiGas and IQAir Item. We review and compare them on this page.

Air Purifiers for Home: IQAir HealthPro Plus vs HealthPro Compact vs GC MultiGas

IQAir HealthPro and GC MultiGas air purifiers aren’t your conventional air cleaners you can get for 200-300 USD per piece. Most of air purifiers on the market utilize one of the filtration technology listed below:

Obviously, there are some air purifiers that utilize their own tech (like Airdog) or feature several stage air filtration (like NuWave Oxypure), but most of the air cleaners are one of the type we listed above.

So what makes IQAir HealthPro Series and CG MultiGas different from all other air purifiers? In short, all of them have 3-stage air cleaning technology that utilizes advanced filters and they do not release ozone. At all!

To move air through filters IQAir purifiers use centrifugal and backward curved fan motor with thermal protector. It can run at 6 different speeds and is also approved for non-stop use.

All IQAir air cleaning units have 320-degree air delivery without producing much noise (59 decibels at the maximum speed). Energy consumption is quite low at low to medium speeds (27, 53, 92 Watt) but jumps to 215 Watt at the maximum level.

All of them have air an quality indicator, a remote control to control air purifier operations and a filter replacement indicator.

The IQAir company provides 5-year warranty on all their air purifiers. It can be extended to 10 years if a buyer registers the product at the official website.

At the end the IQAir purifiers release clean and breathable air free of odors and chemicals.

The only difference between the IQAir HealthPro Plus and the Compact model is the absence of the V5-Cell MG odor & gas filter on the latter. If you don’t have pets or aren’t planning to use the air purifier in our kitchen you might not need it at all. Pre-filter will do the job capturing large particles whereas HyperHEPA will eliminate the tiny ones.

The difference between IQAir HealthPro and GC MultiGas is more noticeable. Despite being the pricier model, CADR of the GC MultiGas is actually lower: 300 CFM to 330 CFM. It means it can circulate the air slower compared to the cheaper IQAir HealthPro Plus. This is definitely a major (thankfully, only one) flaw: paying over $1000 for an air purifier so it will have less fan power compared to the cheaper model of the same manufacturer.

Lower airflow effectively reduced room coverage from 620 square feet to 560 sq. ft. if we want to ventilate space 4 times per hour. This number is known as air changes per hour (ACH) and we cover this on our ACH calculator & recommendations page.

Despite reduced room coverage, the IQAir GC MultiGas has the same specs in terms of power consumption (calculator for electricity use), noise level and measurements. Fully loaded it is heavier though: 45 vs 35 pounds but that due to different filters it utilizes.

So the major difference between IQAir HealthPro and GC MultiGas is the filters they use to clean air. Here is a small table that explains the filter difference:

In short, the IQAir GC MultiGas eliminates smaller particles at higher efficiency compared to the HealthPro Plus. If you live close to highway or any other high-polluted area, have pets, allergy or asthma this is a better air cleaning unit overall.

Benefits of the IQAir HealthPro Plus

Benefits of the IQAir HealthPro Compact

Benefits of the IQAir GC MultiGas

IQAir Item is an award-winning air purifier for personal use (Global Innovations Award 2019) and small rooms in general. It can’t be compared to the HealthPro or GC MultiGas due to the small size and power. But despite this it has several benefits to it:

On the downside, IQAir Item is not cheap (almost $400) and quality of the materials could be way better, especially plug. It’s not cool when you’re far away from home and something breaks without a possibility to repair it quickly. 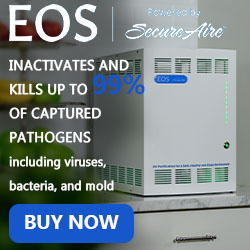